We have all heard about the significant impact that combustible cladding has had on the building industry. This has caused a major shift of focus towards these issues butanother issue that is commonly overlooked is a flooring material known as magnesite. According to experts, up to 90 percent of apartments built between 1960 - 1980 have defects related to magnesite, meaning this potentially affects tens of thousands of buildings.

Magnesite was used as a floor leveller with added insulation properties, however when exposed to moisture for a prolonged period magnesite will break down, releasing harmful chlorides into the concrete substrate which contributes to corrosion of the internal reinforcement and subsequent concrete spalling effects. In these scenarios, by the time concrete spalling has manifested and remedial works are in progress the extent of spalling is significant and often widespread throughout large sections of the structural slab, resulting in large repair costs.

The City Futures Research Centre at University of NSW said that in NSW alone more than 14,000 strata plans contained more than 186,000 properties or units recorded between 1961 and 1979. Peter Johnsson, associate principal with engineering consultancy firm ACOR, said up to 90 percent of apartments constructed through that era had magnesite in their flooring. "The cost to fix this issue can range from $30,000 for an apartment on the low side to over $100,000 today," MrJohnsson said.

MartonMarosszeky, director at BCRC, a group of specialist consultants in construction materials, said "There are thousands of buildings built in that era with magnesite floor topping. This could potentially eclipse the cladding issue. But because it's hidden and slow to manifest, it's not getting a lot of attention."

Flammable cladding issues have urged immediate intervention from the Government and insurance industry as it affects newer structures. Whereas magnesite has a greater impact on buildings that were built at a time with lower standards, as a result, there is little to no pressure from the Government. 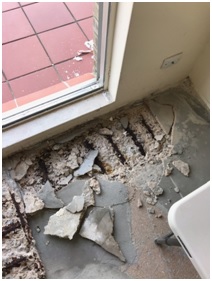 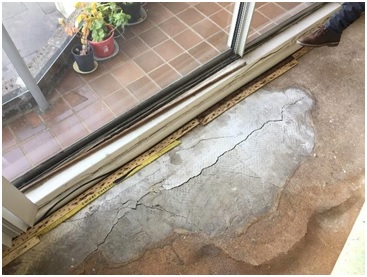